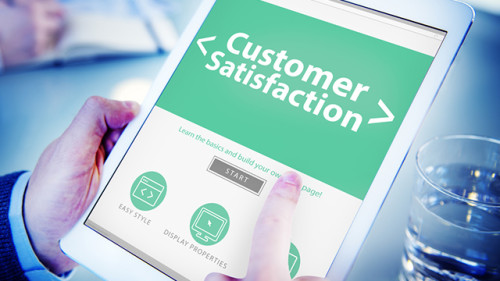 This article originally appeared in Marijuana Investor News on October 16, 2015.

Smoking marijuana is largely an artifact of prohibition.

At least it is according to Ed Rosenthal’s recently released book on marijuana extracts,“Beyond Buds.” The statistics show that users are returning to this pre-prohibition “norm,” as more and more dispensary customers are eschewing smoking in favor of concentrates, edibles and extracts.

The nexus of any dispensary’s array of manufactured products is its collection of concentrates, i.e., oils, waxes, and extractions. Created by processing a cannabis bud with a solvent, such as Butane or CO2, concentrates are packed densely with cannabinoids and delivered in a liquid or oil form. They’re often the preferred choice for consumers seeking discretion, as they can be consumed via vaporizing pens or tinctures, or consumers looking to get really high—dabs anyone?

Manufacturers have long favored butane as a solvent to process the cannabis bud. However, CO2-extracted solvents are gaining more shelf space in Colorado as health-conscious customers begin to question the trace residual toxins found in these products. The Farm, a dispensary in Boulder known for its elegant décor and natural “craft” cannabis, has taken to selling nearly all CO2 hash oil concentrates, most of which retail for around $70 per gram.

Brett Mouser, CEO of Mahatma Concentrates, assures that residuals in butane-based extractions are present in such minuscule amounts, they present no more of a health threat than certain foods.  But he does understand the evolution of this demand.

“They want to take all of the garbage out. It’s the same thing as TiVo,” he said. “Life is demanding the purest form of whatever we want to consume.”

The retail prices of CO2-based extractions found in dispensaries rarely reflect the difference in its production cost when compared to its butane counterparts. ASupercritical CO2, extraction machine runs between $70,000 to $100,000, while ahydrocarbon extractor can retail for only $5,000.

But the cost differences don’t necessarily end there, according to Amy Dilullo, the resident extractions consultant at Mahatma Concentrates. Extraction yields of cannabinoids tend to be lower when using CO2 as a solvent, so producers need to use more raw plant to produce the same amount of oil. Further, the CO2  extraction process can take up to 18 hours, depending on the make and model of the machinery, and must be supervised by two technicians for safety and machine turnover. In contrast, a butane extraction machine can process the same amount of raw material in just four to five hours with the oversight of just one employee. After accounting for other challenges with CO2 production, including pump/seal maintenance, equipment maintenance, and the additional post-processing step of removing water from the oil, Dilullo estimates that it is roughly two to three times more costly to run a CO2 extractions operation than a BHO/PHO one.

So where is the market for concentrates headed? Rosenthal predicts that CO2 extractions will eventually become the ubiquitous method for creating legal marijuana-infused products for the market.

“Manufacturers can pinpoint molecules they want to extract and leave everything else behind,” he noted in “Beyond Buds.” “The end product contains virtually no residual CO2,which we inhale with every breath and which is harmless.”

But Colorado is currently a breeding ground for experimentation and dispensaries are offering customers a range of options in the concentrate department. Mouser, who compares CO2-extracted concentrates to organic food, believes there is room for both products on the market as customers’ tastes and desires evolve.

“The state of Colorado is a juggernaut right now,” Mouser said. “The beauty is the experimentation as we bring new products to market. We’re excited to be on the forefront of this.”