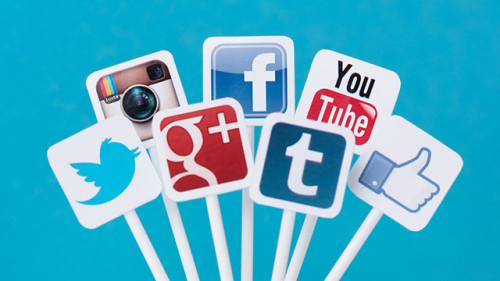 When MassRoots (OTCQB: MSRT) was asked by the SEC for proof that the business was indeed a leading social media app within the legal cannabis industry, investor Jerome Dewald spotted a market opportunity.

Dewald and his wife, Kristina Osipova, had already been tracking various social media metrics—such as business’s number of followers on Instagram, Twitter, Facebook, and YouTube—as a way of monitoring their own investment portfolio of cannabis-related software. The duo decided to aggregate the metrics, create bar graphs, and publish their reports on Awesomepova.com, with each report measuring the clout, or online influence, of various cannabis-related apps and online services.

Dewald admitted to MJINews that the reports have limitations; various social media apps have different means of meeting their bottom line and the metrics that the reports use to track “trends” may not necessarily translate into profits. But the reports’ main shortcoming is that they are missing the most central data point typically used to speculate businesses’ future profitability and success: number of users. Dewald noted that they were not able to track down that data.

According to Awesomepova’s July 2015 report, even cannabis businesses that are attracting the attention of venture capitalists and Snoop Dog—such as Meadow Care and Eaze—“cannot compete” with MassRoots, which boasted 219,000 followers on its Instagram page as of June 30, 2015. But the report does note that these companies are attracting followers at a much more rapid pace: MeadowCare had a 78% increase in Instagram followers between May and June, while its competitor, Eaze, was up 41%.

But for Eaze and Meadow Care, which both focus on medical marijuana delivery within the San Francisco market, this double-digit growth in Instagram followers does not necessarily mean that these apps are bringing in cash yet. After all, to quote a trending social media meme: “Being famous on Instagram is like being rich in monopoly.”

“Setting up the logistics of these other apps is much more difficult,” Dewald said, when comparing Eaze and Meadow Care to MassRoots. “You have to set up the infrastructure—attract patients, customers, drivers. You need dispensaries that want to work with you.”

Essentially, just because an app is generating social media traction doesn’t mean its headed towards profitability. App startups seem to be failing like it’s 1999, according to a column by Internet marketing expert Andrew Chen, who has said that many app developers and founders spend a lot of money developing an early version of the product that may generate buzz at the launch, and attract downloads and online followers, but then suffer from lack of user retention.

Chen has also argued that an app’s long-term success is based on function of its user acquisition rates and user retention rates. But even these measurements have limitations when it comes to anticipating a company’s future. According to a recent press release, MassRoots has had steady user increase since launching in July of 2013 and recently reached 420,000 users. MassRoots, which has long been the golden child of the cannabis investor community, has an obvious competitive advantage over some of the other apps currently available in the Apple store: it’s going for the low-hanging fruit. The company isn’t dealing with service or delivery logistics and is solely dependent on expanding its user base in order to sell advertising space.

But this competitive advantage also comes with a caveat—MassRoots is eventually going to reach a market saturation point where it has captured the majority of its hypothetical user base. While Eaze and Meadow will reach this point as well, given that their user bases are not so closely linked to their potential revenue, MassRoots will likely take more of a hit when it has reached this inevitable plateau. MassRoots will need to be focused on continual user acquisition and engagement in order to appeal to advertisers, while Eaze and Meadow will likely continue to profit from delivery fees if they’re able to retain a solid base of customers.

Data is always key when analyzing potential investments, and Dewald and Osipova plan to release a monthly report tracking these apps and their followers to help educate fellow investors on the trending apps within the market. But don’t get bogged down in numbers that don’t translate into dollars when making investment decisions. Be sure to prioritize initial user acquisition and retention coefficients, even if it’s over a short period of time, instead of a company’s number of followers on Facebook and Instagram.