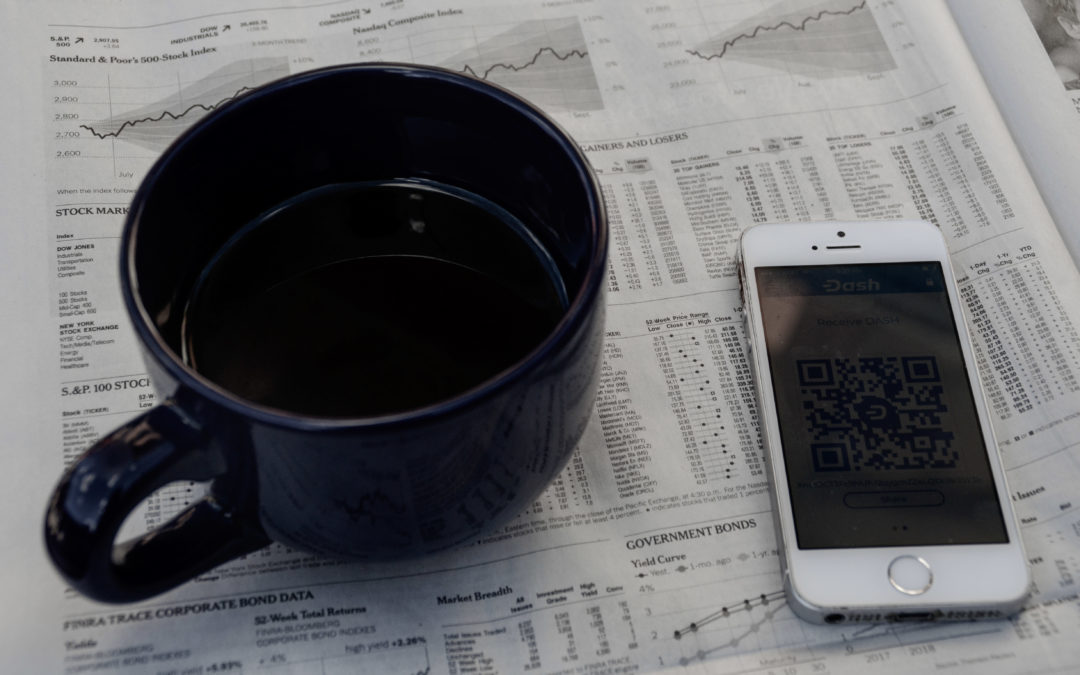 In January of 2014, just as dispensaries in Colorado began opening their doors to anyone over the age of 21, Bitcoin went mainstream, receiving backing from major Silicon Valley venture capitalists.[1] The intersection between the two underground worlds seemed intriguing, perhaps inevitable. Dozens of cannabis cryptocurrencies came out of the woodwork, and one (Potcoin) even posted a photo of an ATM in a dispensary.

The conditions were optimal for a digital currency to thrive. The cannabis industry continued to grow and the majority of banks refused to work with companies that touched the plant. But four years later, piles of cash and hefty security guard fees are still the norm for cannabis operators.

Digital currencies have clearly failed to solve the banking woes of cannabis operators. In the wake of scam ICOs and primitive crypto business models, it’s easy to dismiss this technology altogether.

Despite this, I believe digital currency could have potential as a payments solution for the cannabis industry. It will require nuance— asking questions, learning from failed business models, understanding what cannabis operators need, and shifting trust from a centralized banking authority to a network of humans around the world. There are a number of technical issues standing in the way—transaction fees, volatility, liquidity, hedging, blockchain security, legal licensing —and psychological ones as well.

“The biggest problem is that people don’t know what money is,” said Fernando Gutierrez, the Chief Marketing Officer of Dash, a cryptocurrency with some traction in developing countries and an impending partnership for a digital payments platform in the cannabis sector. “People still think if you go to the bank with $100 in fiat money, they’ll give you gold.”

What would a cryptocurrency need in order to thrive in cannabis?

In 2015, Justin Hartfield, the founder of Weedmaps, underscored the viewpoint of many cultivators and dispensary owners as Bitcoin as a payment solution for cannabis.

“How the heck are you gonna cash out millions of digital coins into tens of millions of United States Dollars?” he said in an interview with CCN.

It was a reasonable point, especially at the time. The industry was just coming out of the shadows and operators were bound to resist adding another layer of risk and illegitimacy to their businesses. It’s easier to defend against the devil you know—a robber breaking open a vault—than the underworld of cybercriminals, potential scams with digital ledgers, volatility, and double spends.

It’s been four years since cryptocurrency was first considered an alternative to cash, and the dynamics have shifted considerably. There are over 1,565 units of digital currency that use encryption techniques to regulate the generation of units of currency and funds. Some currencies are capitalizing on the stock market hype, but a few digital currencies were designed to address some of Bitcoin’s shortcomings for specific types of financial transactions.

In 2014, Dash—a decentralized autonomous digital currency—emerged on a few publicly traded markets. The currency didn’t have an ICO, but grew traction in developing countries like Venezuela, where inflation was rampant and merchants were eager to adopt a new payment solution. According to Gutierrez, Dash offers lower transaction fees than other cryptocurrencies, which made it attractive in countries eager for an alternative way to pay for everyday goods and services.

“If you want to buy a meal in Venezuela, it’s going to be $1, you can’t pay $1 in fees,” said Gutierrez. “We want it to be useful and cheap. Bitcoin has deviated from one for everyday payments to one used to store value.”

“In Bitcoin, the miner who writes the block gets the new coin that gets minted. We wanted to take care of the node,” said Gutierrez. “We give 45% of the new coin to the miner {the programmer who verifies each transaction and adds it to the blockchain}, 45% to the node {the computer that participates and secures the Ethereum network}, and 10% to development.”

Gutierrez credits this shift to Dash’s “InstantSend” feature, which allows a transaction using Dash to be verified almost immediately.[2]

Without discounting the importance of the behind-the-scene shifts in the blockchain technology, it still doesn’t address Hartfield’s original concern. Cultivators, dispensary owners, and budtenders can’t bring Dash to the grocery store. And even if a dispensary decides to accept digital currency from customers, their wholesale suppliers might not. In order to replace cash as the medium of exchange for the industry, we would need reliability liquidity—the ability to exchange the currency into dollars.

A currency’s “volume” is often cited as a reliable indicator of its liquidity— this could mean that a currency is traded on multiple stock exchanges and there are a number of willing buyers at a given time. A digital currency can be highly “liquid,” from a technical viewpoint, but most cannabis business owners aren’t looking to be part-time currency traders. Additionally, most operators don’t want to add the risk of currency volatility to their already risky business models.[3]

To counteract this, Dash is partnering with Alternate 36 to build a digital payments platform that will be a way for cannabis operators to deposit cash, conduct business-to-business transactions with wholesalers, and most importantly, hedge the currency without having a forex trader in the back of their shop.

“Alt 36 will guarantee your dollar amount,” said Gutierrez. “If you deposit $10,000 USD, they will sell it, buy it back, and a lot of automatic things in the background, so you don’t get exposed to the volatility.”

It’s too soon to see if this will work. In order to collect cash from operators, the platform will require a banking license in each state in which they operate. In some states, this could require an account at a Federal Reserve Bank or coverage from the Federal Deposit Insurance Corporation (FDIC)—two government bodies that certainly will not support a specialized cannabis banking platform.

Alternatively, the platform could also follow the Uber business model, essentially ignoring city and state tax medallion regulations and dealing with lawsuits and prosecution as they arise. In the case of ride-sharing apps, many cities adjusted their regulations after these businesses had launched because of the overwhelming market demand for the services.

It’s not accurate to compare Alt36 to Uber, and the platform would have to have some serious traction to bypass banking and licensing regulations. The business is still in launch mode—securing partnerships for business-to-business platform to make the service more intriguing for operators and figuring out licensing and legal issues for cash deposits.

“The key is that they get enough density so that you {a cannabis operator} are interested in getting into it,” said Gutierrez. “In the second phase, they will work on the customer side of things.”

While many investors seem interested in crypto as a stock play, there is still some resistance to adopting this as an alternative to traditional fiat money. While many of us are using digital currency all of the time— any time we swipe a credit card or send a payment through Paypal—we are trusting a centralized authority (the bank) to verify the transaction and to reflect an accurate reduction in the digital ledger (our bank statement).

It’s no coincidence that digital currency has taken off in developing countries, where relying on the banking system and the government to monitor currency is not an option. Gutierrez noted that Dash’s most interesting projects are in Venezuela and Zimbabwe. Cannabis operators within the US are in a unique gray zone. Although they aren’t benefiting from the security that a banking system should provide, many still place an inflated sense of trust in paper printed by the government. How do we move past this?

“The best way without any doubt is getting them to use it {Dash}. Help them set up a wallet, give them $5, and send it from their phone,” said Gutierrez.

It will take some time to replace our trust in centralized authority—our banking system and the Fed and other government institutions that regulate fiat currency—to a network of humans who are monitoring the currency network and the blockchain across the world.

Blockchain researchers are optimistic that we can move away from relying on a centralized authority to govern our buying and selling practices. As long we are recording all financial transactions on the blockchain, we don’t need a bank to validate us as creditworthy customers. Instead, we have digital certificates that trace every transaction ever made and can verify whether we have sufficient funds to allocate money for a purchase.

“I believe we are now entering a further and radical evolution of how we interact and trade, because for the first time, we can lower uncertainty not just with political and economic institutions, like our banks, our corporations, our governments, but we can do it with technology alone,” said Bettina Warburg, a blockchain researcher, in a TED talk on the topic.

It’s a big shift in mindset—we are still probably a way out from this becoming our method of day-to-day transactions. As with many revolutions, I think it will first begin with people who haven’t been privy to the privileges of formal banking institutions. And for cryptocurrency—this might prevail in Venezuela and the cannabis market before it does anywhere else.

[1] In January of 2014, Andreessen Horowitz had invested just under $50 million in Bitcoin-related start-ups. The firm said it was actively searching for more Bitcoin-based investment opportunities. Later that year, Bitcoin start-ups would also receive investments from the New York Stock Exchange and Goldman Sachs.

[2]  In June of 2018, the Arizona State University Blockchain Research Lab published a paper entitled “Block Propagation Applied to Nakamoto Networks,” which indicated that Dash could scale to mass adoption if they switch to xthin block propagation and feasible to scale between 6MB to 8MB sizes if they switch to compact block propagation. This would allow for “Instant Sends.” Another source indicated that it currently takes 2.5 minutes for a transaction to be added to the blockchain.