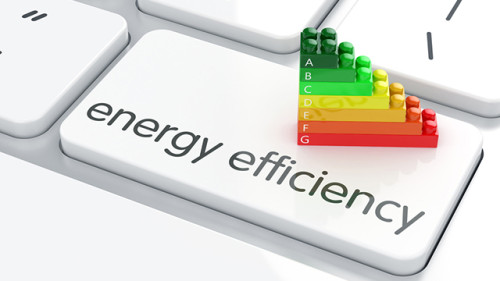 This piece originally appeared in Marijuana Investor News on February 9, 2015.

2014 was the warmest year on record, President Obama announced in his State of the Union address, courtesy of data provided by the National Oceanic and Atmospheric Administration. The threat of greenhouse gases in the atmosphere is rising, and as it stands, the cannabis industry is a carbon emissions culprit.

The black market cannabis industry burgeoned in basements and indoor warehouses under high-pressure sodium light bulbs, lighting that was designed to illuminate streets and parking lots, not nurture plants. Growers were more concerned about avoiding police raids than finding an energy efficient alternative to these heavy heat-emitting bulbs. But even now that states are legalizing and decriminalizing cannabis, many growers are still relying on these antiquated, but tried-and-true, methods of production.

“We have been growing cannabis under electric lights for a long time because that’s what [was] commercially available,” said Neil Yorio, former lighting scientist for NASA and the V.P. of Lighting Research for BIOS Lighting’s LED grow lamp and fixture program. “They happen to produce sufficient quantities of light that can be used for photosynthesis but their spectrum was developed for human vision applications. They are not optimized for growing plants.”

Until recently, few lighting technology companies have focused on developing energy efficient lights geared towards growing cannabis plants indoors. And this lack of energy efficient technology shows on the meter. In 2011, one average kilogram of cannabis was associated with 4600 kg of carbon dioxide emissions to the atmosphere, according to a report by sustainability researcher and consultant Evan Mills.

LED, or light emitting-diode, lamps are revealing themselves to be an energy efficient lighting alternative that still allows growers to keep their plants indoors. This technology was designed for optimizing the spectrum for plant growth, while also improving the distribution of light and increasing total light output. Manufacturers of these bulbs are claiming to utilize 35 to 40 percent less energy. These lamps also emit less heat than the alternatives, so growers can turn down the air conditioning to further reduce costs.

“It [energy efficient lighting] pays for itself,” said Aaron Block, a principal at Allumia, an equipment investment fund that provides equipment financing to commercial businesses and cultivation facilities for energy efficient lighting. His firm is counting on this thesis; it provides customers with financing for these new lights and in turn, bills them for a portion of their monthly energy savings.

LEDs haven’t completely caught on in the cannabis industry and it is not just because of the initial price tag. (A SPYDR 1200 Grow-Max Spectrum lamp retails at $2,999, while a True Power 1000WATT digital ballast costs just $179.) Even when convinced of the savings in energy costs over time, many growers have experimented with LEDs and havenoted reduced yield and lower CBD/THC content in their harvest.

“There is some hesitance around using LED lighting because people have been burned in the past,” said Block. His firm doesn’t endorse any particular brand of LED and depends on its growing partners to select the equipment and develop the facility’s lighting design. “But when growers see how far the technology has come, a lot of that hesitance melts away.”

It’s not just about improvements in technology—updating to energy efficient lighting involves more than just switching out light bulbs. According to Yorio, growers need to make a number of horticultural adjustments when using these new types of lamps that they may not have experienced in the past. LED lights emit less heat and thus plants may require adjustments to the air temperature, as well as varying amounts of water and nutrients. Failing to monitor the plant’s temperature and make the proper environmental modifications can reduce the quality and quantity of the harvest.

As market prices level out and operating costs become unsustainable, growers will likely be more eager to transition to energy efficient lighting. “We’re finding a lot of interest in the cannabis production industry – mostly in facilities undergoing, or about to start, construction,” Block said. For an industry in which progress on the legal front has surpassed technological development, this is good news. Cannabis legalization, and the social progress it represents, will only matter if the industry evolves to act responsibly in response to carbon emissions and climate change.